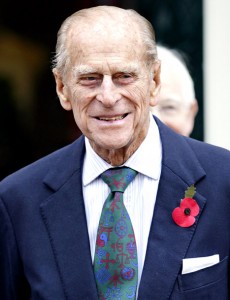 Prince Philip was on Thursday admitted to hospital for “exploratory” surgery and is likely to stay there for two weeks, Buckingham Palace said.

“His Royal Highness The Duke of Edinburgh has been admitted to the London Clinic for an exploratory operation following abdominal investigations. He is expected to stay in hospital for up to two weeks,” a statement said.

The 91-year-old husband of Queen Elizabeth II, was hospitalised twice last year for a bladder infection that forced him to miss the last of the queen’s huge diamond jubilee celebrations.

He also suffered a blocked coronary artery the previous Christmas that required a surgical procedure to insert a stent.

Philip had earlier on Thursday attended a garden party at the palace, where he chatted animatedly with the guests.

Prime Minister David Cameron’s office sent a message to the prince on Twitter, saying: “The prime minister wishes the Duke of Edinburgh a swift recovery.”

Philip pulled out of a gala charity reception with the queen on Monday night after falling ill, but attended a service marking the 60th anniversary of her coronation on Tuesday.

He is the longest-serving royal consort in British history and has been the queen’s constant companion throughout her reign. [AFP]