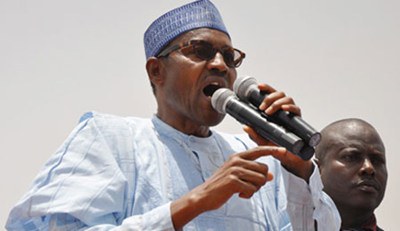 Some concerned members of the Arewa Youths Forum have called on former Head of State Maj-General Muhammadu Buhari (rtd), to desist from making inciting statements in his quest for political relevance.

The youths also advised the presidential candidate of the Congress for Progressive Change  (CPC) in the 2011 elections to gauge the mood of Nigerians before throwing his hat in the ring come 2015.

Buhari was also advised to stop deluding himself into believing that what happened to those who contested elections in other climes several times before winning would be his fate.

Jibril Mamman Vatsa, the spokesman of the group who made this known in a statement in Kaduna, said the recent statements by Buhari to the effect that the current military operation against the Boko Haram sect was anti-north had exposed him as a sectional leader.

The statement argued further that there was no basis for comparison between the Niger Delta militants and the Boko Haram sect.

“It is unthinkable for a former Head of State like Buhari to compare the Niger-Delta militants with terrorists. When late President Umaru Musa Yar’Adua talked about amnesty, he gave three months. In the case of Boko Haram, President Jonathan has waived the olive branch without conditions,” the statement said.

The group wondered “why, for instance, should any serious statesman bring himself to ridicule by siding a region against the other?

Reminding Nigerians of the long forgotten controversial utterances by Buhari, the group noted, “There are certain arbitrary, sentimental and contradictory utterances that ought not to be attributed to a national leader which Buhari claims to be. Any leader seeking the good of Nigerians should not expose himself in a ridiculous and jaundice manner as Buhari has done.

“Therefore, the call for his arrest by the CAN President is a responsible one because the issue of security in the nation needs a concrete solution in which people like Buhari should have made suggestions,” the statement added.

According to the group, “Buhari’s vituperations have remained mere talks with no discernible contents and signposts. Therefore, talking about a Boko Haram that has consigned those opposed to their plots and comparing them with the Niger-Delta militants is prejudicial to one Nigeria, over-heats the polity and at best a setback to the nation he has once ruled as Head of State.”

He stressed that if the Boko Haram members are becoming more daring by the day, it is because of the support given to them by some highly placed persons.