The Minister of Police Affairs, Caleb Olubolade, has identified some of the factors inhibiting the Nigerian Police from performing their jobs effectively. 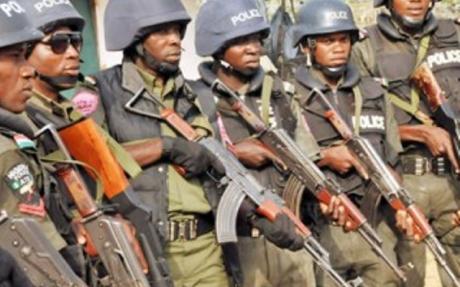 Mr. Olubolade listed the factors to include corruption, poor funding and training, and indiscipline.

He stated this at the ministerial platform in Abuja where he mentioned the achievements of his ministry.

The minister said the policy thrust of the Ministry of Police Affairs in the last two years has been the building of a modern, well equipped and motivated police. He said the police was needed to protect lives and property, impartially enforce laws and fight crime, as well as aggressively prevent it.

“In doing so, the police will have value for human life, respect the dignity of each individual and render services with courtesy and civility,” he said.

He also absolved the Jonathan administration of faults in the police management saying, “This administration inherited a police that lack adequate training, logistics and capacity to confront rising crime and terrorism.”

Mr. Olubolade said his ministry, in 2012, initiated four policies that would address police training, funding and misuse of explosive materials. He said that Nigeria Police Force Reform Trust Establishment Bill, which seeks to set up a trust fund for the force, had been reviewed and sent to the National Assembly for passage.

He, however, admitted that “the Federal Government’s reform programme, which was put in place since 2010, had funding challenge.”

The minister attributed the development to the non-passage of the Reform Trust Fund Bill, and said that when passed, it would compel state and local governments, the private sector and other stakeholders to contribute to the fund.

He said that during the period under review, more than 18,000 personnel received various training, while 649 others were deployed for peacekeeping mission across the globe.

On situation in states under emergency rule, the minister said government would not fold its arms and allow those with a different agenda to overrun the country.

“This country belongs to all of us; we cannot sit down and allow it to be overrun by people with a different agenda.

“One of the key objectives of this administration is to maintain internal security to ensure that the country remains one. So the government will go to any length to ensure that; but I want to appreciate those who are giving information to security agencies that has enabled them do their work,’’ he said.