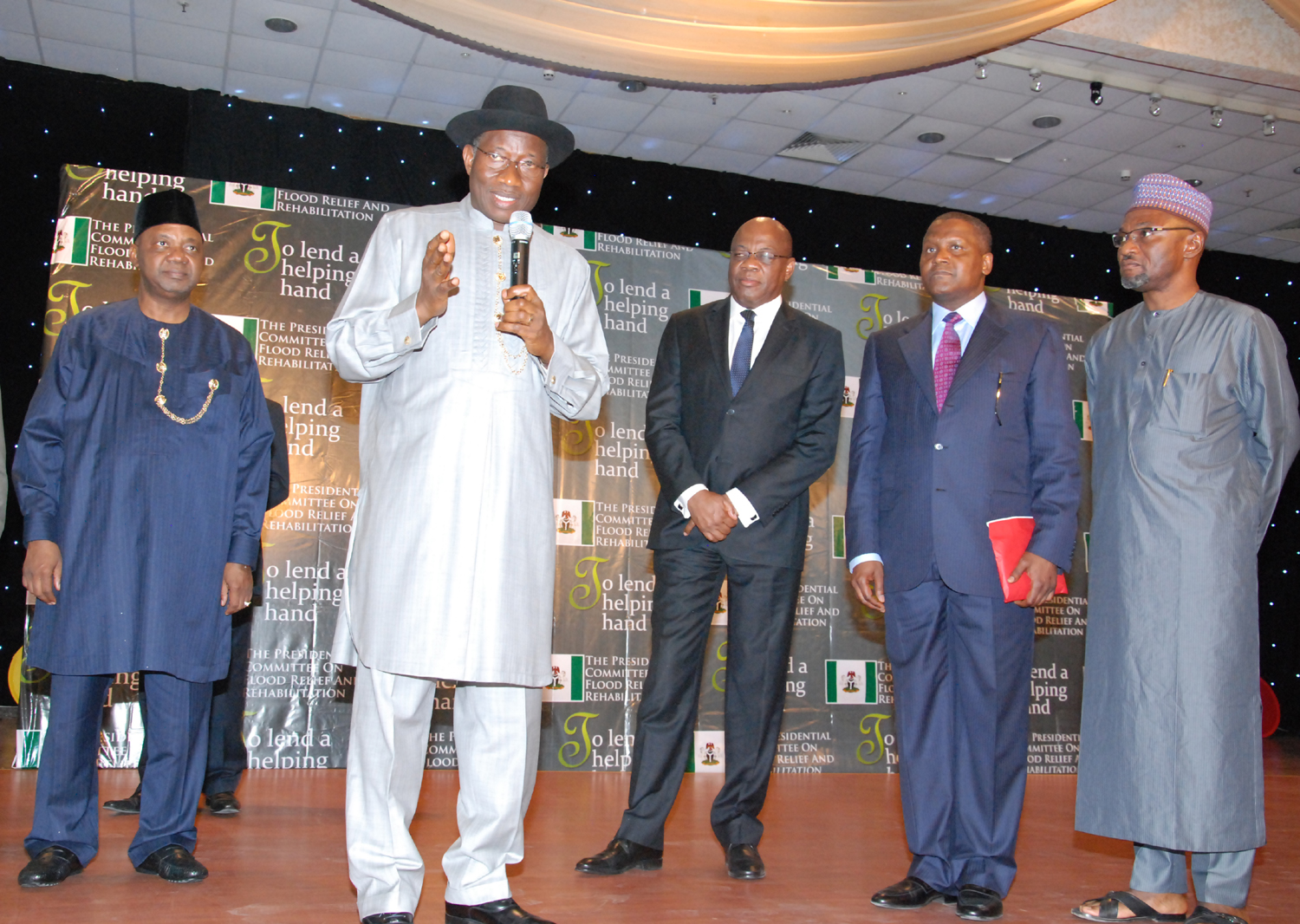 Prominent Nigerians and corporate bodies who have failed to redeem their pledges made last November towards alleviating the plight of flood victims, have been given up till June 30 this year to do so or have their names published in national newspapers and social media blogs.

Co-chairmen of the Presidential Flood Relief and Rehabilitation Committee – Africa’s richest man, Aliko Dangote, and a former President of the Nigerian Bar Association, Olisa Agbakoba, SAN, – fired this warning in a statement in Lagos on Tuesday.

The move may have been spurred by the fact that many of the defaulters had been enjoying the tax incentives accompanying their pledges, while they have failed to fulfil their own part of the bargain.

In a statement titled ‘Public Notice: Redemption of Pledges’, the committee advised the defaulters to “respect themselves and maintain their honour and integrity”, by promptly redeeming their pledges.

The statement read in part, “The Presidential Committee on Flood Relief and Rehabilitation expresses its profound gratitude and appreciation to all who answered the clarion call to be our brothers’ keepers through their generous donations and pledges at its Fund Raising Dinner in November 2012, for the relief and rehabilitation of flood victims in Nigeria. We thank you immensely.

“As we proceed to the implementation stage of the planned rehabilitation projects, we hereby call on all those who have not redeemed their pledges to please do so on or before June 30, 2013, as a mark of honour and integrity, as names of defaulters will be announced in all national dailies and social media blogs.

“Once again, we thank you and look forward to receiving the proceeds of all pledges made.”

President Goodluck Jonathan had, last October, set up a 34-man committee with the target of raising a sum of N100bn to provide reliefs for the flood victims.

The President had announced tax incentives for all corporate organisations that would donate to the committee as motivation.