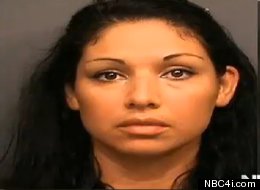 A central Ohio day care worker sprinkled drugs on snacks to get children in her day care to sleep during the day, according to police charges filed Monday that the woman adamantly denies as a misunderstood joke.

Tammy Eppley was charged in Franklin County Municipal Court with six counts of child endangering after police in suburban Westerville say they obtained text messages in which she admits giving children the allergy drug Benadryl and Melatonin, a hormone and sleep aid.

“Tammy was bragging about how they were all perfectly still and being quiet or asleep,” said a police report describing a video Eppley allegedly recorded on her cellphone and sent a friend.

“Tammy jokes about one of the children almost discovering her actions by remarking that the sprinkles on some cupcakes tasted funny,” according to the report obtained by The Associated Press through a records request.

Eppley is also accused of mixing crushed Benadryl into pancake batter and juice for the children at her daycare, Caterpillar Clubhouse, Westerville police Det. Richard Tiburzio said in an interview Monday.

Eppley, 37, denied the charges in a phone interview, saying Tiburzio was “obsessed” with pursing the charges against her. She said she did provide drugs to children but only after getting permission from their parents.

She acknowledged making light of giving the drugs in text messages to a friend but said they were jokes.

“It was, `Good grief, I wish these kids would go to sleep, I wish I could drug them,'” she said.

Tiburzio said he stands by the investigation and there is other evidence in the case.

Franklin County Children Services concluded an investigation in May and are not presently working with Eppley, said spokesman Bruce Cadwallader.

“So to us it’s unsubstantiated,” he said. “But the police have a different role than we do.”

In 2010, two former Ohio church day care workers were each sentenced to six months in jail for slipping Melatonin into candy to get children in their care to sleep.