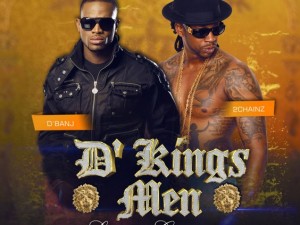 African superstar entertainer, D’banj, is set for the five-star DKM concert to celebrate his recent achievements in the entertainment industry with his fans here in Nigeria and to herald the launching of his DKM album which is set to be released later in the year.

The concert which is set to take place at the prestigious Eko Hotel and Suites on the 23rd of June, 2013 will feature appearances from some of the finest stars from the African continent and beyond.

Fans are set to witness electrifying performances from D’banj and his friends, including Fally Ipupa (DRC), 2face Idibia (Nigeria), Olamide (Nigeria) and , 2Chainz (USA) and many other big names.

In the words of the MOBO and BET award winning hit-maker in our exclusive interview with him, he says: “My fans should get ready to see the best of ‘Eja Nla’ because that is what they deserve. This DKM concert in collaboration with Ndani TV will be the best Nigeria has ever seen. Oooooossshhheee!!!”

‘It’ll be my first time in Nigeria and I can’t wait’, 2Chainz says in a video drop released by D’Banj. ‘My birthday is in September but I’ll act like it’s my birthday’, he adds jokingly. The rapper is mostly known worldwide for his mega hit ‘Birthday Song’.

D’banj is an ardent supporter of Arts and Entertainment as it helps build the spirit of camaraderie among the teeming populace of Nigeria. The concert is a part of his resolute efforts, to contribute to the development of Nigeria through the organization of relevant initiatives to promote the Entertainment Industry.