The Minister of Justice, Mr. Mohammed Adoke, said in Abuja on Thursday that death penalty was recognised in Nigerian law and could only be abolished through a review of the constitution. 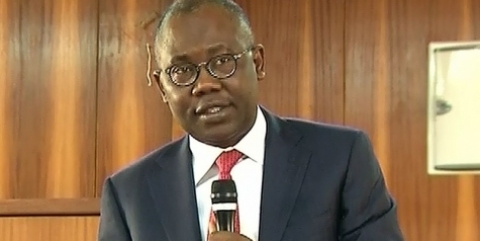 Adoke made the statement at the 2013 Ministerial Platform and added that it was not possible to abolish the death penalty till the law was reviewed by relevant stakeholders.

He also said issues involving imposing death sentence as a punitive measure were state offences and as such it would be difficult to impose it on any of the states of the federation.

“The issue of death sentence is a very sensitive issue, considering the on-going global debate.

“However, that debate has not metamorphosed into the abolition of death sentence in our law and most of the issues involving death sentences are state offences.

“We know that abolition is the current trend today. However, under the Nigerian law, in our statutes and constitution, death sentence is recognised,” the minister said.

He said the Federal Government could, as in a country operating a federation, only partner with the various states to find a lasting solution to the issue.

“We cannot, in operating a federation, impose on the various states how to run their laws.

“At the appropriate time, when we have the key stakeholders to buy into it, I think the law will be reviewed and this will become a thing of the past,” Adoke said.

The fresh wave of controversy over death penalty in Nigeria arose after Goodluck Jonathan’s called governors to sign death warrants without doubts and execution of four convicts by hanging in Edo state on Monday.