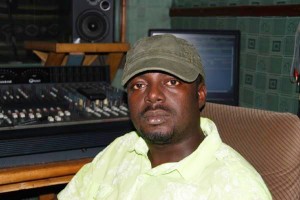 In the search for greener pastures, a popular Nigerian gospel fuji musician, Dekunle Fuji, is now a certified nurse in the US.

The former Storm Records artiste who several years ago was a toast in the gospel scene is now based in the US State of New Jersey where he went through a nursing course to become a qualified nurse.

NET investigations have it that the former artiste had left Nigeria for a show in the US in 2011. Getting to the US, Dekunle began considering the thought of settling down in the States. In no time he quickly applied for a nursing course and finished with the course a few months ago, according to our source.

A source who confirmed the report told NET that prior to his sojourn in the US, the musician (although does not like to be referred to as a gospel artiste) had joined the Nigerian Police Force even before moving to the US.

“Dekunle had joined the police force where he was appointed a senior officer because of his qualification. It just so happened that his travelling came through just about the same time the Police force had employed him”, the source said.

We also discover that in the US, the musician turned nurse is still taking up shows in churches and crusades where he gets paid up to about $5000 (N790000) per performance.

Another source says that the musician who lost his father and mother at a young age had decided to adopt New Jersey as his permanent home for now. The source said, “Nigeria is more like his second home since he relocated, besides he doesn’t seem to have much for him here”.

While he was in Nigeria, Dekunle Fuji whose real name is Adekunle Oloyede Michael Olalekan had made a name for himself in the church circles, delivering his album, ‘No Lele‘ under the Storm Records imprint in 2008. The album debuted following the hit single, ‘Mo Like Jesu Gan’ which featured rapper, Ikechukwu with the video directed by DJ Tee.

The Osun State-born musician who is a graduate of Theatre Arts from the University of Lagos had launched himself into a new kind of hiphop infused fuji with a Christian message gaining popularity among both fuji and hihop fans at the same time.

Dekunle’s new vocation is coming on the heels of recent trail of Nigerian celebs that have down-played their celebrity statuses and adopting a more regular profession.

There are also tales of former, 419 Squad member, MP who dropped music to train as a doctor in UK but has since moved to the US where he now resides and practices.