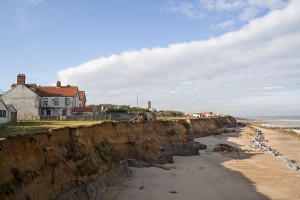 A coastal community on River Forcados flat in Burutu Local Government Area of Delta State has been hit again by erosion, which destroyed the seawall jointly built by the community and the defunct Oil Mineral Producing Areas Development Commission, OMPADEC some decades ago.

In a letter addressed to the Burutu Council chairman, by Chairman of the community, Mr. Augustine Okiwowo, the community noted that it has been facing life threatening environmental problems for decades, which had been reported both in print and electronic media, with appeals to appropriate quarters for help with no response.

The community therefore called on the Ministry of Niger Delta Affairs; Niger Delta Development Commission, NDDC; Federal Ministry of Environment; Delta State Government; Delta State Oil Producing Development Commission, DESOPADEC and non-governmental organisations to come to their aid as the erosion may lead to complete extinction of the community if not checked.