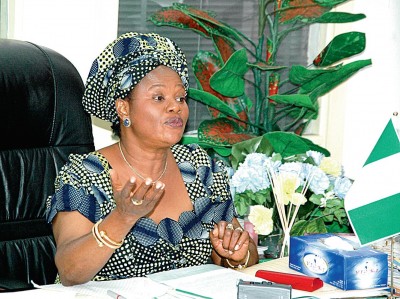 The former Director-General, National Agency for Food and Drug Administration and Control, Prof. Dora Akunyili, on Tuesday said her inability to establish a Drug Mart during her tenure is one of her greatest regrets.

Akunyili, who came into reckoning with her head-on challenge against fake drug marketers/importers, also blamed fake and counterfeit drugs in the country on the absence of an alternative to the chaotic and unregulated drug markets.

The Professor of Pharmacology said she had nursed the idea of a drug mart right from when she became DG at NAFDC but was unable to realise the dream.

Akunyili, who spoke at the inauguration of the state Drug Mart in Yenagoa, Bayelsa State, was full of praise for Governor Seriake Dickson for the initiative.

She said the idea of establishing the mart was approved by the former President Olusegun Obasanjo and was to be constructed in the six geopolitical zones of the country.

By the plan, she revealed, Bayelsa was to be the headquarters for the South-South zone of the centre.

Akunyili said, “I have nursed the idea of the Drug Mart for many years right from when I was the Director-General of NAFDAC, but my inability to bring it to fruition before now remained one of my greatest regrets.

“Today I feel fulfilled that the pragmatic Governor of Bayelsa State has bought the idea and decided to partner with my NGO, Dora Akunyili Foundation, to actualise the dream of putting in place a drug mart or drug distribution centre in Bayelsa State.

“It took about a decade for this lofty dream to be actualised, courtesy of the countryman governor of Bayelsa State, the quitesssantial leader par excellence.”