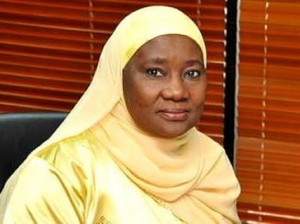 In a bold step to check the continued degradation of the environment, the Federal Government yesterday said plans are underway to ban the use of plastic bags in the country.

Minister of Environment, Mrs. Hadiza Ibrahim Mailafia, who gave the hint during the 2013 World Environment Day celebration in Abuja, said government would focus on the use of paper bags instead.

The minister, who said the ban would come into force from January 2014, also said the FG was mulling banning the use of sachet water.

According to her, the move to ban the plastic bags are necessitated by the numerous health and environmental hazards posed by their use.

Mrs Mailafia noted that unlike the paper bags that could easily decompose, plastic bags are non-biogradable materials which could remain in the soil for years, contaminating water sources when washed into the rivers by the rain.

The minister also spoke on the urgent need to address the massive loss and waste inherent in today’s food system as according to statistics by the Food and Agriculture Organisation, FAO, one-third of global food production is wasted from farm to stock which is equivalent to 1.3 billion tonnes of food annually; while an estimated 870 million people go hungry worldwide.

She said more than 20,000 children under the age of five also die daily from hunger.