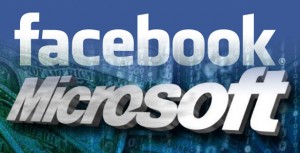 Several internet companies have struck an agreement with the US government to release limited information about the number of surveillance requests they receive, two sources familiar with the discussions told the Reuters news agency.

Facebook became the first to release aggregate numbers of requests, saying in a blogpost that it received between 9,000 and 10,000 requests for user data in the second half of 2012, covering 18,000 to 19,000 of its users’ accounts.

The company said it released the information after reaching a deal about disclosures with US national security authorities.

“These requests run the gamut – from things like a local sheriff trying to find a missing child, to a federal marshal tracking a fugitive, to a police department investigating an assault, to a national security official investigating a terrorist threat,” Facebook said in its blogpost on Friday.

Microsoft Corp said later on Friday that for the last six months of 2012 it received between 6,000 and 7,000 criminal and national security warrants, subpoenas and orders affecting between 31,000 and 32,000 consumer accounts from local, state and federal US governmental entities.

Facebook is quick to point out that these cover “only a tiny fraction of one percent” of its 1.1 billion active user accounts.

The agreements underscore the pressure imposed on the US government and internet companies after news leaked last week of a controversial National Security Agency programme involving surveillance of foreigners.

The disclosure of that programme triggered concern about the scope and extent of the information-gathering exercise.

Other internet companies are expected to release numbers of government requests without revealing how many originate from the National Security Agency, the sources said.

Google, Facebook and Microsoft have publicly urged the US government to allow them to reveal the number and scope of the surveillance requests they receive, including confidential requests made under the Foreign Intelligence Surveillance Act (FISA).