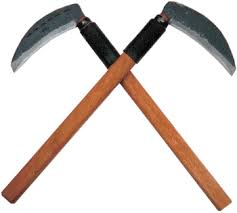 The motive for killing a young Irish student by a farmer two years ago was “abhorrence” towards his homosexuality the Ireland’s Central Criminal Court was told on Friday.

Eoin Ryan, 21, was beaten to death on 7 June 2011, in Cappagh Beg, County Clare. The body ofa young man bwas found in a barrel on a farm after Joe Heffernan, 33, called police to confess.

Recordings of his calls were played at the trial. In his first call he says: “I’m after killing a man. He came on to me and I killed him. I’m not gay or nothing, you know. He thought I was. He stripped down. I’m not going to prison.”

Then he said: “I killed the devil. The devil came for me but I took him.”

In a closing speech at the trial on Friday, prosecutor Bernard Condon noted that it was not necessary to establish a motive in the case.

“However, I suggest there is a motive, a very glaring issue which stands out: the issue of homosexuality and his reaction to that,” – he said.

Earlier Mr Condon told the court that Ryan had recently come out as gay. On the night of his death he had been in a bar with two female friends.

“In the early hours, Eoin appears to have disappeared out of the company of the two girls and appears to have gone in a taxi with the accused out to Cappagh Beg,” he said.

A barman reported overhearing the two men mention condoms, and after leaving the bar they stopped at a shop where Ryan appeared to have bought some.

The prosecutor quoted Mr Heffernan as telling a doctor in Dublin’s Central Mental Hospital after the murder: “I think he was a gay. He made a pass at me and I kind of went along with it.”

Mr Condon reported that Mr Heffernan had seemed embarrassed about it, and added: “I suggest that’s what this case is about, not just embarrassment, abhorrence.”

The defender, Patrick Gageby, argued for a manslaughter verdict on the grounds of intoxication or mental disorder, saying one of these factors made Mr Heffernan believe Ryan was the devil.

Mr Heffernan was interviewed by a forensic psychiatrist three times after the killing. According to some fo them, he was suffering from a psychotic disorder, possibly schizophrenia, but this diagnosis was not certain.

“Eoin Ryan was assaulted with astonishing and unusual severity. It is worth considering the extraordinary case of overkill,” – the defender said.