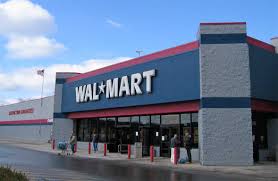 A suburban Chicago man was sentenced Wednesday to 30 months in prison for binding and blindfolding two of his children a year ago in a Wal-Mart parking lot in eastern Kansas.

Gomez and his wife, Deborah Gomez, were arrested June 13, 2012, in Lawrence after a woman saw a child bound and blindfolded near the family’s vehicle. Police reported finding two of their children, ages 5 and 7, bound by their hands and feet in the store parking lot, while three other children, ages 12, 13 and 15, were inside the SUV unrestrained.

The Gomezes told police they were in the parking lot because their vehicle had broken down on Interstate 70 near Lawrence on their way to Arizona.

At a preliminary hearing, investigators said Adolfo Gomez told them he had been listening to an online preacher who was predicting the end of the world and that a “darkness had come over” their house in Northlake, Ill.