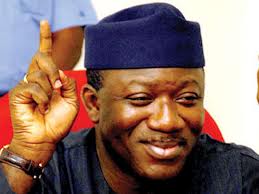 Ekiti State Governor, Dr Kayode Fayemi on Thursday hailed the country’s judiciary for again demonstrating its resolve as the final impartial arbiter by dismissing the petition filed by ousted governor of the state, Mr Segun Oni; who had sought a review of the Court of Appeal ruling on Ekiti State governorship on October 15, 2010.

Fayemi also thanked all Ekiti people for their unflinching support for his administration and for believing in the sanctity of truth, saying that today’s (yesterday) victory has again confirmed that truth will always prevail no matter the situation, and that the State would no longer be governed through fraudulent means.

Governor Fayemi spoke while addressing journalists at the Ekiti State Governor’s Lodge in Abuja shortly after the landmark judgment of the Supreme Court.

According to Fayemi, Oni had sought to use the frivolous case, which has gone into the history books as the longest legal governorship tussle, to distract him from actualising the developmental efforts going on in Ekiti State, and to raise the hope of his followers.

He however said that in spite of the long drawn legal battle, he had remained focussed, stressing that this is evident in the  transformation going on in the state and the value that the administration has added to the life of the average indigene.

He said: “Oni and his jesters merely sought to use this case to distract us, but we refused to be distracted. We have remained focused all through, concentrating on the development of the state, and this is evident in the lives of the people.

“I think we should also put in place laws that will punish electoral offenders. I believe if Oni had been punished for rigging the 2007 governorship election in Ekiti State, he would not have had the effrontery to approach the court again seeking a backdoor to the governorship seat.

“It is sad that he rigged the 2007 election and was at the helms of affair of the state illegally for three and a  half years, while I, the winner of the election, was in court until the case was eventually decided in my favour in 2010 at the Court of Appeal.

“If the court, having found Oni guilty of  fraudulently occupying the governorship seat of Ekiti State,  had gone ahead to punish him then, we would have been spared  this unnecessary case, which to me only shows how desperate some people can be.”