The Commissioner for the Environment, Tunji Bello, who visited a colony of illegal squatters in Babs Animashaun occupants, Surulere, Lagos Mainland had given the residents in this community 30 days to quit as they “constituted a nuisance”. 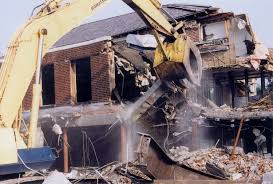 Months after receiving this notice, the residents of Adelabu community are still uncertain of their fate.

Illegal ‘colonies’ seem to exist almost everywhere in Lagos making its government to step up its urban renewal and channelization programme to rejuvenate it. The Otumara village in Constain and Ijora Badia has also been asked to leave to make way for the ongoing rebranding, renewal and channelization programmes to complement the beautification of the Constain and Iganmu areas.

Mr Bello said the Otto creek shanties and its dwellers would be expelled to make room for the ongoing construction connecting the drain between Ilu –Eri and the Brewery. He said the channels would have to be cleared to bring relief to residents of Tejuosho, Apapa, Iponri and Olaleye areas.

At Adelabu area in Surulere, behind an elitist school, Fountain Heights Secondary School, the Commissioner scolded the community of over 2,000 inhabitants including women and children, on why they warded off and fought the government officials sent to give them eviction notice to allow for the construction of channels and drainage to check flooding in Surulere, which has been a yearly occurrence due to the activities of these people.