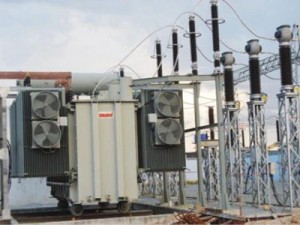 The Federal Government on Friday restated its commitment to ensuring the generation of 20,000MW of power by 2014.

Vice-President Namadi Sambo made the government’s position known during a joint meeting of the Niger Delta Power Holding Company and National Council on Privatisation at the Presidential Villa, Abuja.

Sambo commended the management of the NDPHC for successfully completing the building of 10 National Integrated Power Project plants across the country.

He said Prssident Goodluck Jonathan would soon begin the commissioning of the plants and that the challenge of non-availability of gas to power the plants had been resolved.

The Managing Director of NDPHC, Mr. James Olotu, sought the ratification by the joint Board of NDPHC and NCP of the divestment of 80 per cent shares of the company and the list of nominees for the road shows in Lagos, London, Hong Kong and New York.

The joint memo also sought an approval for the constitution of some committees that will handle the sale of the power plants in line with due process and laid down procedures.

The committees are the Joint Evaluation Committee, whose work is to evaluate the expression of interest for the NDPHC power plants; the Joint Transaction Committee of Niger Delta Power Company headed by the Managing Director of the Company and the Joint Technical Committee headed by Governor Gabriel Suswam of Benue State.

Suswan later explained the composition of the committees to State House correspondents at the end of the meeting.

He said, “Those committees are the joint evaluation committees of the NDPHC and BPE to evaluate the expression of interests and technical bids that will be submitted by the potential bidders.

“We also have the joint transaction committee made up of the MD, NDPHC as the chairman and the DG, BPE as the co-chairman and other members that will be selected.

“The third committee is the joint technical transaction committee, which the Governor of Benue State was nominated to chair. We have prominent Nigerians, of course Mr. Atedo Peterside, the DG of BPE; the Minister of Power and the MD, NDPHC, among others.

“The final committee, which is not a committee so to speak, will be at the end of the transaction when everything is evaluated by these three committees I have mentioned. The final approval will come from the joint meeting of the NDPHC board and NCP to approve the final transactions.”

The governor said the road shows, which had started in Lagos, were meant to enhance and generate more interests within and make international communities to come and invest in the plants. [Punch]