Residents of Damaturu, the Yobe state capital, have reported about a gun battle between security forces and members of the Boko Haram, which lasted for over 5 hours on Sunday night. 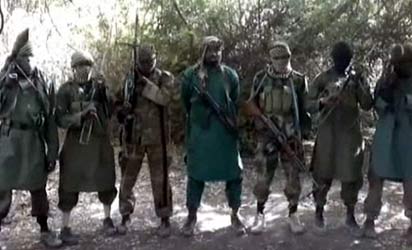 The relative peace which currently being enjoyed in Damaturu, the Yobe state capital, suffered a setback as sound of gunshots were heard throughout the night.

Sporadic gunshots were heard within the Damaturu metropolis around 9pm and lasted for over five hours.

Although an official statement is still being expected from either the Joint Task Force (JTF) or the police on the cause of the gunshots, residents believe it was a clash between security forces and the radical Islamic sect, the Boko Haram.

Yobe State government had four days ago reviewed the restriction of movement from 9pm to 6am in Damaturu, while curfew in other towns remained 6pm to 6am daily.

The last time gunshots were heard in Damaturu was 9 months ago when a field commander of the radical sect; Bakaka was killed in a gun duel with JTF at Khandahar area of Damaturu.