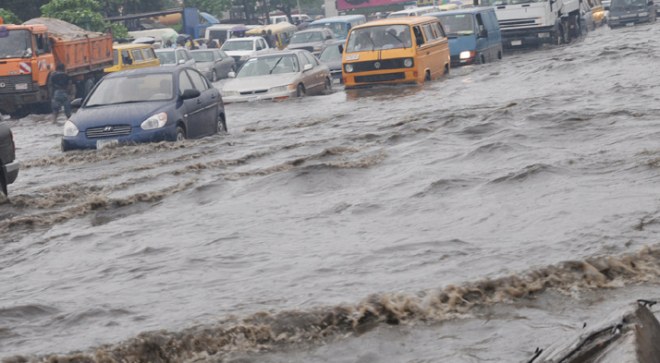 The Lagos State Government on Saturday said it has taken a number of precautionary measures to guard against flooding in the state.

The Lagos State Commissioner for Environment, Tunji Bello, stated this in an interview with the News Agency of Nigeria in Lagos.

Mr. Bello said that although the state government had always undertaken routine flood prevention measures, it had stepped up preparations in view of heavy rainfall predicted this year in the state.

The Nigerian Meteorological Agency (NIMET) had on Thursday alerted Lagos State and some other states in the South West that they would experience heavy rainfall and flooding.

Anthony Anuforom, NIMET Director-General, who gave the alert, said the impact would be minimal if the affected states took proactive measures.

Mr. Bello said part of the measures taken by the government include construction of new drainage channels, canals and aggressive expansion of existing ones.

“We are also desalting drains and we are clearing canals across the state to ensure free flow of water whenever it rained. This is apart from a number of other projects we are undertaking in the lowland areas to remove vulnerabilities.

“As we are doing all this, we are appealing to residents to desist from practices such as indiscriminate dumping of refuse, building on flood plains and others that could block drainage channels and cause flooding. Flooding is one the realities of climate change which affects countries with even the best drainage systems.

“Therefore, all Lagosians should adopt environment friendly practices and join forces with government to fight it,” he said.

Mr. Bello urged residents not to panic over NIMET`s prediction, saying that the government would do its best to ensure that the impact of any flooding was reduced to the barest minimum.

The commissioner advised residents in low lands to be at alert and be ready to be evacuated to safe areas during heavy downpour.