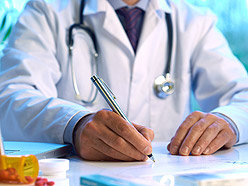 A jury on Monday cleared a doctor of negligence in a lawsuit filed by a Delaware truck driver who underwent a penile implant procedure and ended up with an erection that lasted eight months.

In April 2010, four months after the procedure was performed, Metzgar experienced swelling and went to a hospital, where he underwent testing. Before going to the hospital, Metzgar had been unable to reach Dr. Desperito.

The doctor’s lawyer argued that hospital staff who performed tests were unfamiliar with penile implants and were not properly trained to do them. Therefore, the results from the tests, including images showing swelling, did not prove negligence.

Metzgar and his attorney during the one-week trial described the frequent discomfort and daily embarrassment he experienced after the procedure – including trouble riding a motorcycle, wearing normal clothes and joining family social events.

“I could hardly dance, with an erection poking my partner,” Metzgar told jurors at the start of the trial. “It’s not something you want to bring out at parties and show to friends.”

Metzgar’s stepson Alexander King, 18, described a once close relationship that grew distant after the procedure. King felt uncomfortable having friends over and noticed his stepfather stopped showing up at school and sporting events.

“I was – I’m sorry – highly embarrassed,” he testified during the trial.

The device was ultimately removed in 2010 after tubing punctured Metzgar’s scrotum. He received a replacement implant from another doctor.

Read how it all started here