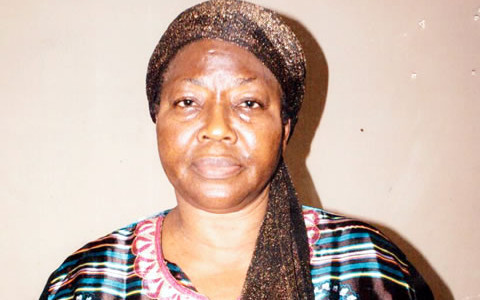 Alhaja Sinatu Ojikutu, former deputy governor of Lagos State, has denied media reports that she defrauded some persons to the tune of N130 million in a land deal.

In a statement in Abuja Thursday, issued by one of her lawyers, Adenrele Adegborioye, Ojikutu said there are verifiable facts for all to see that the case is a civil matter and has no criminal relationship, thus she should not have been declared wanted for fraud.

Adegborioye said his client “is not a criminal and has not committed any fraudulent act to warrant the damaging publication being made against her. It is entirely civil and has no criminal dimensions whatsoever. It is therefore not something the Nigeria Police or anyone else is empowered to interfere with.”

Information Nigeria reports that the Special Fraud Unit (SFU) of the police, on Wednesday, declared the former deputy governor and her son, Samson, wanted for fraudulently selling a plot of land at N130 million.

But Adegborioye claimed that “Ojikutu has always made herself available to the SFU anytime her attention was required on the matter.”

According to the lawyer, the land in contention at Plot 24 Block 4, Lekki Residential Scheme Phase 1 belongs to the late husband of the former deputy governor, Mr. Sampson Adebisi Ojikutu, and the deceased’s wife never sold it.

Adegborioye also said although his client mulled selling the land to one Mr. Cajetan Okekearu, at no time did she sell the said land and any document that relates to any sale of such land must have been forged by Okekearu who was alleged to have earlier started construction work on a land adjoining that of Ojikutu, but was successfully challenged by the owner.

Speaking further, Adegborioye said the land was granted to his client in 1985 sequel to an application for it the previous year but that a Lagos State Certificate-of-Occupancy (C-of-O) in respect of the said land was not issued to his client until 1991 by the then Governor, Brigadier General Raji Rasaki.