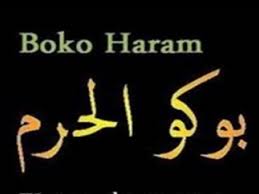 Maiduguri residents Thursday witnessed a mild drama when an 11-year-old girl grabbed the collar of a local perfume (Turare) vendor, accusing him of being among those who slaughtered her father and mother in the dead of the night about nine months ago.

Some witnesses said the 11-year-old girl who was hawking sachet water at the Gamboru area of Maiduguri metropolis, sighted the man, believed to be in his early 30s, and immediately recognised his face as the man who, in company of four others, attacked her family.

“As soon as she saw the scent seller at the Gamboru Market, the young girl threw away her sachet water container, screamed, ran fast and grabbed him by the collar, shouting in Hausa ‘this is him…he is the one who killed my mother. He is the one who slaughtered my father…help me to catch him,” a witness said.

Traders said the man could not runaway because of the large crowd that had gathered around them. He was, however, saved from being lynched as the police arrived and whisked him to a nearby police station.

“The girl vividly recollected what happened on the night her parents were killed. She told us that the local scent seller together with four others stormed her family’s residence,” another trader said.