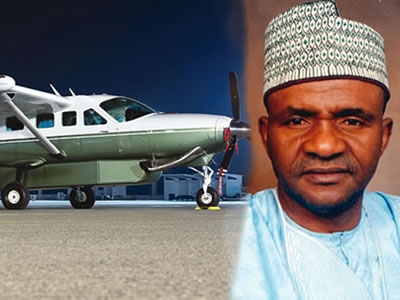 The group made the call in a statement signed by its General Secretary, Ambulus John, and issued in Abuja on Saturday.

The statement said that producing the medical report had become necessary in order to clear the air on conflicting reports about the true state of Mr. Suntai’s health.

“The people deserve to know the true state of the Gov. Suntai’ s health because in the past eight months the government has been spending public fund to foot his medical expenses abroad,” the statement said.

The group said that Taraba was facing the most critical challenge in its history and urged the acting governor to do the right thing.

“He must strike a balance between loyalty to his boss and the Taraba people.

“It is time for Umar to demand for and make public the governor’s medical records,” it said.

Governor Suntai was involved in a plane crash eight months ago in Adamawa and was flown abroad for medical treatment.

Mr. Umar, the Deputy Governor, was recently mandated to be Acting Governor by the state House of Assembly.