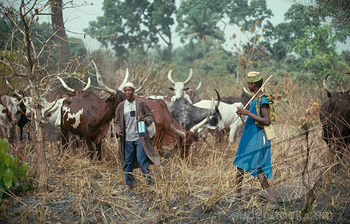 The wave of attacks by suspected Fulani herdsmen has swept to Niger State where nine members of Kushaka village were killed in a pre-dawn raid on Thursday.

The attack occurred at about 1am when the herdsmen numbering over 100 invaded the sleepy town and started pursuing anybody on sight in the Process, nine persons were axed to death while one was left with injuries.

When contacted, the Niger state Police Public Relation Officer, ASP Richard Oguche confirmed the incident and said the command has launched an investigation on the attacks which took the town by surprise.

To forestall further attacks, Mr Oguche disclosed that a detachment of over 200 Police officers from the command have been dispersed to the community.