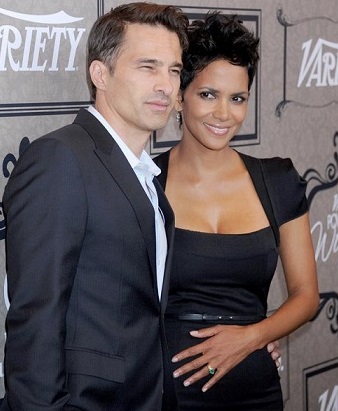 Famous actress Halle Berry has confirmed that she will be having
a son.

Fiance, French actor Olivier Martinez has revealed that he and Halle are having a boy stating that the child will be American while he remains a French citizen.

Halle surprised the world when she revealed in April that she was
expecting a child at 46. She and her 47-year old fiance Olivier, who is currently serving as this year’s Champs-Elysees Film festival
president have been dating since 2010.

This will be Olivier’s first child and Halle’s second; the first being 5-year old Nahla whom she had with her model ex-boyfriend Gabriel Aubry.