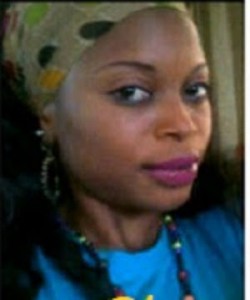 Oluwaseun Adaramoye, until her death was an undergraduate of Ladoke Akintola University of Technology, Lautech. Seun left her hostel last week Sunday to visit her boyfriend and that was the last time she was seen alive. Ngozi her friend explains how Seun left them that evening to her boyfriend’s place while they were all chatting.

“Seun Adaramoye was an 100 level accounting student, she stayed in Stadium area around Lawyer Ahmed Junction, she’s a hostel mate and also my friend. On Sunday evening (16th of June), we were all gisting outsidethe hostel as we normally do and around 5pm, Seun just said she’s coming and left. She was on casual outfits like all of us, so we thought she had gone to the junction to buy stuffs but she went to her best friend’s place notfar from the hostel.

“When Seun was leaving her best friend’s apartment, she told her that she wants to quickly get to her boyfriend’s place in Oke-Anu around 7pm on that same Sunday evening and that was the last time we both saw Seun.

“We didn’t even notice on time that she hasn’t returned cos she’s a female and no one can monitor a grown lady, so we assume that she should be with her boyfriend Lanre(REAL NAME) not until wednesday morning when Seun refused to show up for her last paper. Her friend came to check on her in the hostel and it was then that she informed us that Seun is no where to be found, we searched and searched for Seun but all to no avail.

On Thursday morning, we decided to report her disappearance to the school authorities, that was when we heardthe news of a dead body which was discovered at the back of Jastok Guest House…On getting there, we couldn’t identify the body because several parts of her body had been cut off, her breast, one hand, half her head was gone. We were eventually able to recognize Seun by her hairdo and mark on her leg, her birth mark and theremains of her cloth on the body.

So the police and the SUG were invited and they went after the boyfriend who had obviously absconded, so he has not been arrested as been speculated but his best friend was arrested. People thought he was arrested because of the search and the arrest of his best friend but he hasn’t been found till now, he’s gone into exile…On Searching Lanre’s house, the police found mysterious things like Calabash, Ladies Bra, Panties, Nails and several underwears. Our friend Seun was NEVER a runs girl, she was a very gentle and loving soul, she was just unlucky to have fallen a victim of some desperate souls. She has since been buried by her brother here in Ogbomosho because the body was already decaying with worms all over and moreover it’s an uncompleted body and they won’t bury her like that in her hometown…May God console her family.