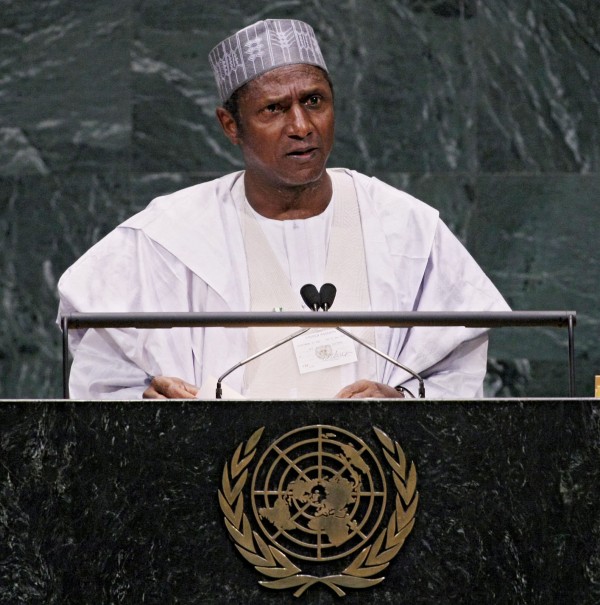 Oviemo, medical doctor and internationally acclaimed Nigeria Army inventor who spoke yesterday in Lagos at a symposium also revealed how a former minister in the former President Olusegun Obasanjo’s cabinet and a former Kwara State governor died due to lack of necessary medical facilities in the country.

“The late Gen Abacha while in office could not undertake medical tourism but imported Filipino doctors to manage his condition. The Filipino’s made a mockery of his management by pumping steroids into him. “The President became bloated and was thought by the un-informed as improving and gaining weight.

The President’s weight gain and puffiness was largely due to fluid retention. I was privileged as a celebrated Nigerian doctor at the time to advise but there were too many uninterested aides of the Head of State. It became too late in the day. He snapped and died,” Oviemo stated. He said it was unfortunate that the late leader could build a specialised centre to cater for his ailment, though there are more and better trained Nigerians who could have handled his case better, noting that it was profitable to bring in foreign doctors to spite the home grown, and for what is in it for them.

Oviemo attributed the death of the late President Yar’Adua from brain damage caused by severe asphyxia to ignorance and poor management. “The presence of a sophisticated Air and Land Ambulance did not prevent him from dying from his condition just as the hospital in Saudi Arabia with all its gadgets could not reverse damage done to his brain during an acute deterioration of his health.

“Imagine what could have happened to our very meek, humble and generally loved president when he suffered an acute relapse of his condition. He was rushed into the ambulance and a face mask was turned on with oxygen flushing over his face.” Oviemo stated that the late Head of State was “hypo-ventilating at the time and by the time he got to Saudi Arabia, he had suffered irreversible brain death. “Because Nigerians believe in the god of mammon and that money answers all things, they expected a miracle from the Saudi hospital.

The truth is that if we had good centres back home in Nigeria, the late Head of State should have been stabilised before been flown out. Our usual first impulse is to fly out the sick and our experiences have shown that many patients die,” he said. He also recalled the death of an unnamed former Military Governor of Kwara State who had pneumonia, and he was called to attend.

However, the said governor was flown abroad without his own knowledge and the said former governor eventually died. According to him, “I met the big man sweaty, restless and confused due to carbon dioxide narcosis from his poor ventilation. I only adjusted his neck and positioned his head to enable him exhale properly and his condition improved. “I advised them not to fly him out immediately to allow him to be stable. I volunteered to fly with him at my own expense to support him on board.

By the time I returned back from Lagos where I went for my passport, the man had been flown out. Early in the morning, I got a call from one of my highly placed mentors that “we lost him”. “I was told that he got to Germany but he died before he could gain admission to a hospital. The General’s condition could have been very well-managed in Nigeria but for the pleasure of medical tourism and the absence of identifiable/recognisable facilities and expertise.

Money has robbed many privileged and affluent Nigerians of sensibility. They never see with you or take advice when money talks,” Oviemo recalled. He added that during the second term of former President Olusegun Obasanjo, a former minister died from asthmatic attacks which could have been easily treated if necessary medical facilities were available in the country.

South Africans, including their top government officials according to Oviemo, hardly undertake medical tourism like their Nigerian counterparts, noting that former President Nelson Mandela was still being treated for a heart condition in his country when he could have been flown out for treatment. He said many Nigerians cannot afford the price of management in centres that are well-equipped, while some of the centres are entrusted to mediocre due to nepotism or political consideration.

Oviemo spoke at the symposium organised by Mcnext Intellectual Property in collaboration with the Student Union Government of Yaba College of Technology, Lagos on the topic Where are we in the Global Plan? He also lamented the country’s decline in Defence Technology and Agriculture.