Home Entertainment I am Better Than Pastors Who Have Private Jets, Many Won’t Make...
Facebook
Twitter
WhatsApp 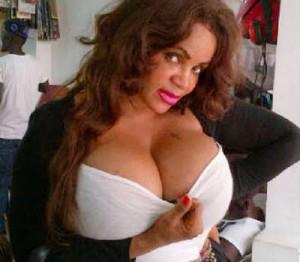 Do you regard yourself as a musician or an actress?

I’m an all round entertainer. I’m an artiste, actress and also an activist.

You recently released an album. What is the acceptance level?

Yes, I released an album so as to push me to take music seriously. Normally, I can do a song and then hibernate for a long time. With the album, Nutty Queen, a 15-track album out, I have two years to promote before I will do another. So far, I’m taking sexual seduction to the streets. I have done online promotion and my fans and even critics love it. I’m yet to take it round radio stations. Also, when the video is ready, I’ll take it to television stations. I’m kind of busy with other things so I really need someone very capable to manage me as an artiste. When I get that person, my music will get to the grass root because it has good messages.

You once said you are born again, are you still?

I never said that. I’m a sinner and have come short of the glory of God. He that is without sin should cast the first stone. My problem is that I’m too real in the midst of lots of fake people. It is by the special grace of God that people, even pastors, will make heaven. What’s the difference between I that love to show off my cleavage and the pastors that love to show off their flashy cars? The in thing now is private jets. I think I’m better off because with the economic situation, lots of stress and all, some can channel their frustrations and some people can get relieved at the sight that makes them forget the terrible situation. But some of these church owners don’t know how to give back to the society, you don’t need to be a member before you can benefit. Churches can just buy basic foodstuffs and give to the needy. There are a lot of ills in this society. I don’t even want to mention the corporate thieves that get patted on the back for embezzling money meant for the old and retired citizens. Next time you see such people, ask them if they are born again because I’m a sinner. I pray God will give me my heart desires because my flesh is so weak.