The Inspector-General of Police, Mr Mohammed Abubakar, has ordered the posting of police personnel with financial and accounting background to man police pay offices nationwide. 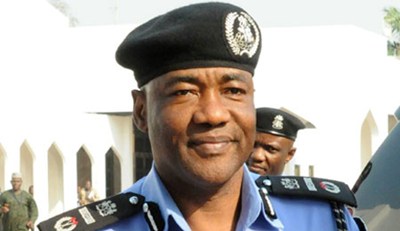 Abubakar gave the order when he declared open a one-day training workshop for Police Pay Officers drawn from the various police commands and formations in Abuja on Thursday.

He said that the process of enrolling all police personnel into the Integrated Personal Pay Information System (IPPIS) had reached an advance stage.

The IG said that the deployment of such officers to pay offices was to ensure that the financial arm of the force was professionalised for transparency and accountability.

He added that the measure was also in line with the ongoing transformation in the police.

“You must, therefore, key into the transformation of the present administration and show high level of professionalism, transparency and accountability.

“You must ensure that as soon as funds are released by the government to pay salaries, it is paid.

“You must adhere strictly to the provisions of all financial rules and regulation and ensure that circulars from the Ministry of Finance are complied with without any hesitation,’’ he said.

Abubakar said in spite of the meagre overhead appropriated to the force, he had directed that  stationary, maintenance of vehicles and purchase of fuel should be directly made to commands and divisions.

“This bottom-to-top approach is to ensure that no matter how little is the funds, distribution is made to the lowest police formation in order to ensure the realisation of self-accounting status of the police.

“There is need to put structure on ground for realisation of this goal,’’ he said.

The police boss charged the officers to work toward ensuring the successful enrolment of the personnel into the IPPIS.