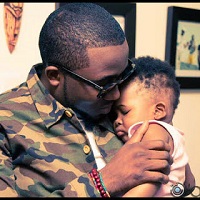 Few weeks ago, Brymo, who used to be an artiste underChocolate City, reportedly granted an interview where he alleged his former label of breaching the contract he signed with them. Brymo’s bombshell came just days after Choc City, as the label is also called, claimed that all was well between them and the artiste.
Someone that may have felt unhappy with the confession of Brymo is Ice Prince, who is an artiste with the same label. Recall that Brymo played a pivotal party in that Ice Prince’s hit single, ‘Oleku’, which brought Ice Prince into limelight just few years ago.

Ice Prince took to twitter and tweeted a series of tweets which are believed to be directed to Brymo even though he didn’t specifically mention the person he was referring to.

“Just read an article and so many things said wrong. God is watching,” Ice Prince tweeted.

He further wrote, “dear artiste, your career is pretty much in your hand, do not blame any label or individual if you end up not being happy with how sh*t it goes.

“Most of the hustle to get your music where you want it to be is on you my brother!! Spend your time working and not criticizing other artiste

“If you’re an artiste and you don’t want label to make money off you. Then don’t sign. Don’t accept the car and flat. Do everything by yourself.

“For someone to want to put their hard earned money into your career even when he/she Spends more than they make is enough to say Thank You.”