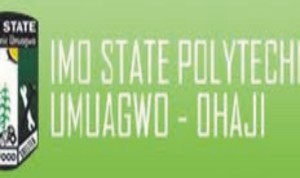 Participants, it was learnt, had to scamper for safety as soon as they noticed that the anger of the youths was getting out of hand.

The youths, it was gathered, hinged their anger on the rumour making the rounds that Chief Chukwu was part of the state government’s plot to relocate “some vital departments” of Imo State Polytechnic, Umuagwo, to other parts of the state.

Armed with this belief, the angry youths stormed the venue of the meeting called by Chukwu and turned everywhere upside down.

The youths were irked that the assemblymen had reportedly perfected the legal framework for the relocation of the departments, as well as brandished a document to prove that the lawmakers had concluded discussion on the matter and moved it to the governor for assent.

One of the protesting youths, Mr. Toochukwu Stephen Amadi, explained that they were miffed that the lawmaker was not only an accessory to the plot but also failed to inform his constituents of the clandestine move.

“Chief Chukwu was privy to the action of the State House of Assembly to move some vital departments of Imo State Polytechnic to other areas. He betrayed us on this score,” Amadi fumed.

The institution’s Rector, Rev. Fr. Wence Madu, however denied that any such plot was in the works.

The rector said: “There is no iota of truth that government is planning to balkanize the institution. I have tried to explain this to all who cared to listen”. [Vanguard]