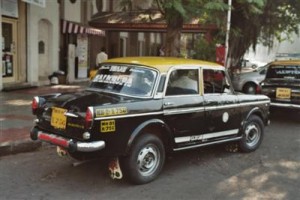 India is back in the news, and it’s not about the monsoon flooding, but it’s about the cancer that has eaten deep into the Indian society.

Two women were molested in a moving car in the early hours of yesterday, a sad reminder of December 16 Delhi gang-r*pe. The incident took place in New Delhi’s Gurgaon suburb, famous for its nightlife.

Two women from Delhi’s Tughlakabad area, both aged about 27, had apparently visited a Gurgaon pub on Wednesday night and hired a taxi to return home past mid-night. The driver stopped on the way for two men, one of whom was allegedly dancing in the pub. Instead of going towards Tughlakabad, the cab took the dark and lonely Gurgaon-Faridabad road.

According to Gurgaon police, the two men who got in midway molested the women over the next two hours while the driver kept driving. One of the women managed to escape when the cab stopped to allow one of the suspects to ease himself. She approached a security guard of a private colony and used his mobile to inform the police. The panick-stricken trio dropped the other woman after driving for another 10 minutes.

Both victims were taken to Gurgaon’s civil hospital, where doctors confirmed molestation and treated them for bruises.

Though the victims do not remember the registration number of the vehicle in which they were assaulted, based on their description, police believe it was a private sedan.

“We have filed an FIR and the medical examination has taken place. We are investigating the case. Based on our leads we will catch the culprits soon,” Maheshwar Dayal, deputy superintendent of Gurgaon police, said.