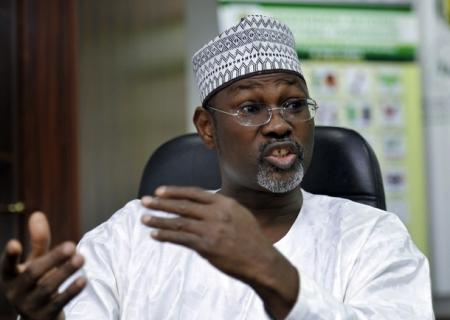 The Independent National Electoral Commission (INEC) on Sunday in Abuja warned politicians and political parties against embarking on campaign toward the 2015 general elections.

This is contained in a statement by Mr Kayode Idowu, Chief Press Secretary to INEC Chairman.

The commission warned politicians and the political parties to desist from the act or face the law.

Idowu said such act was unhealthy, portended ill for the political process and a threat to Nigeria’s democracy.

He said the commission had called on security agents to apprehend violators.

He said the commission observed that campaign posters were being indiscriminately displayed.

“Electioneering broadcasts are being aired outside the statutory provision for campaigning towards elections into various elective offices,” he said.

The spokesman reminded all players that the Electoral Act 2010 (as amended) was still in force.

He stressed that “the period of campaigning in public by every political party shall commence 90 days before polling day and end 24 hours prior to that day”.

Idowu cautioned all political parties to note that campaigning outside the law was unacceptable.

He warned that the commission would not hesitate to apply appropriate sanctions against culprits as provided by relevant sections of the law. (NAN)