Is Yoga Better For Your Brain Than More Rigorous Exercise? 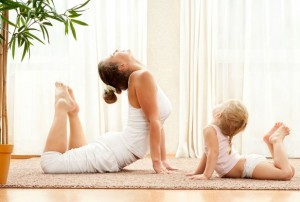 Spending twenty minutes in one popular form of yoga is better for your brain than participating in vigorous exercise over the same amount of time, researchers at the Exercise Psychology Laboratory (EPL) at the University of Illinois have discovered.

According to Glamour.com Health Writer Lexi Petronis, the researchers had 30 female participants go through a single 20-minute Hatha yoga session, and then spend 20 minutes working out using a treadmill. After each session, the researchers measured those ladies’ reaction time and accuracy level on different cognitive tasks.

“The yoga intervention involved a 20-minute progression of seated, standing and supine yoga postures that included isometric contraction and relaxation of different muscle groups and regulated breathing. The session concluded with a meditative posture and deep breathing,” UPI reporters explained. “The participants also completed an aerobic exercise session where they walked or jogged on a treadmill for 20 minutes.”

The researchers, including professor and lead researcher Neha Gothe, were surprised by the results, which showed that the reaction time and accuracy of the study participants improved more after yoga than following the aerobic exercise session.

In fact, according to The Telegraph’s Josie Ensor, the women “showed no significant improvements on the working memory and inhibitory control scores” after the 20-minute period of walking and/or jogging.

“The breathing and meditative exercises aim at calming the mind and body and keeping distracting thoughts away while you focus on your body, posture or breath,” she added. “Maybe these processes translate beyond yoga practice when you try to perform mental tasks or day-to-day activities.”

However, Gothe also noted that the study results — which have been published in the Journal of Physical Activity and Health — could be explained by a number of factors, including the “enhanced self-awareness” that people typically experience after taking part in meditational exercises, or the reduction of stress levels that accompanies meditation and breathing exercises.

“This study is extremely timely and the results will enable yoga researchers to power and design their interventions in the future. We see similar promising findings among older adults as well,” co-author Edward McAuley, also of the University of Illinois, told Ensor. “Yoga research is in its nascent stages and with its increasing popularity across the globe, researchers need to adopt rigorous systematic approaches to examine not only its cognitive but also physical health benefits across the lifespan.”

The grandsons of Obafemi Awolowo and Shehu Shagari, Bello Shagari and Seyi Awolowo took to Twitter to share a photo they took before a...
Read more

Nigerian Model, Chika Lann Throws Sister Out Of Her House For Allegedly Trying To Snatch Her Oyibo Husband

A video obtained from Instablog9ja captures the moment top model, Chika Lann could be seen kicking her sister out of the house. The online news...
Read more

Nollywood actress Mercy Johnson looked all shades of stunning as she wowed at the premiere of her movie 'Legend Of Inikpi.' The mom of three,...
Read more

Big Brother Naija season 4 ex-housemates, Diane Russet looked drop-dead gorgeous as she stepped out for an event on Sunday. The reality star was one...
Read more
- Advertisement -