A female priest has spoken of how she had no hesitation at all before stripping off and posing topléss for a charity wallpaper.

Reverend Caroline Wright, an associate priest at St Michael’s Church in Smethcote, Shropshire, was among 250 women who agreed to take part in the photoshoot to raise money for bréast awareness charity Coppafeel.

The 65-year-old, who conducts weddings and funerals and plays the organ at the rural 12th century church, said the topléss photo shoot by local artist Sam Powley was ‘great fun’.

Reverend Wright, who is a grandmother of 12 and has been ordained for four years, said she had no hesitation in taking part in the project – but she is not revealing where she is on the wallpaper.

She said: ‘Body awareness in young women is so important. I didn’t even think about the fact I was a priest until I bumped into a parishioner at the photoshoot.

‘The thought of exposing myself in a perfectly secure environment didn’t bother me in the least. I looked around the room and saw all those women together, different ages, shapes and sizes and it was really powerful and great fun.

‘We all need to love our bodies. If we love them we don’t treat them badly. I do think the way the project was done was reverential in that sense – we are all made in God’s image.

‘Sam’s wallpaper makes you realise how unique and individual we all are.’

Reverend Wright signed up for the photoshoot after seeing the 38-year-old artist’s plea for female volunteers on Facebook.

She then put the pictures together to form a sheet of wallpaper, which was unveiled at her fine art degree show at Birmingham City University this week. 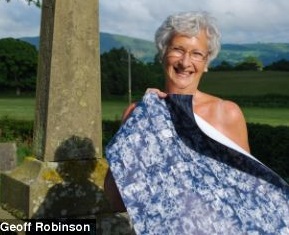 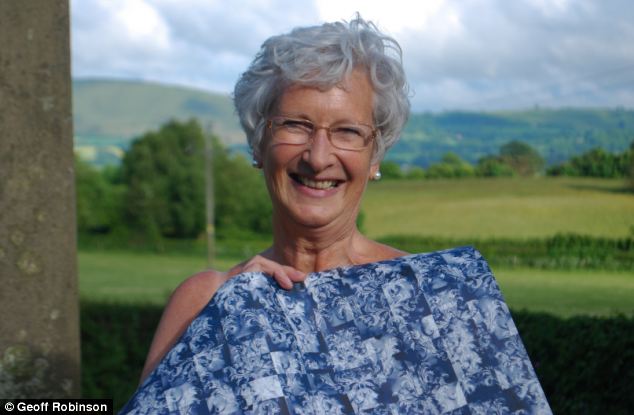 The paper has now gone on sale for £100 a roll, with a quarter of the profits going to the charity Coppafeel, which sends teams out to festivals to teach young people how to examine their bréasts.

She said: ‘I’m really pleased with the result and I’m chuffed that people are reacting to it in such a lovely positive way.

‘I wanted to celebrate the female form. The most important part of the project is not the boobs on the wall, it’s the relationship between me and the subjects.

‘So many people found it cathartic and liberating, a really important, emotive thing to be part of.

‘I started off thinking many women didn’t really like their boobs but I’ve been really interested to find just how many people love them.’

Anni Holden, director of communications for the Hereford Diocese, said it was important as many people as possible got involved in supporting the cause.

She said: ‘It is equally as important to our female priests as for other ladies. 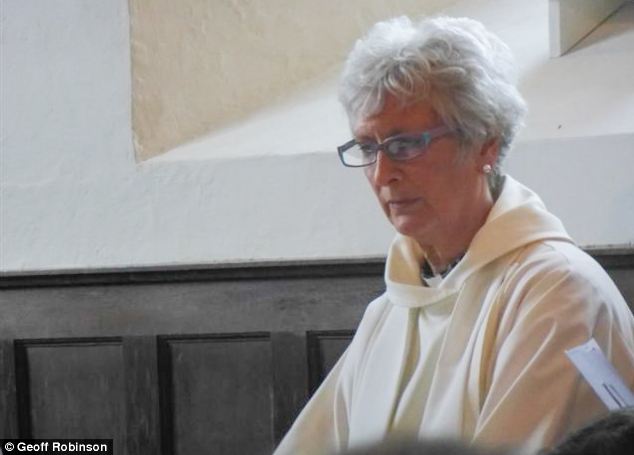 ‘We would like to see any of our priests getting involved in anything supporting bréast cancer charities.’

Other women who took part in the project included transgender Tessa Curtis, 54, from Worcester, who said her bréasts were ‘in progress’.

She said: ‘I am taking medication and they are growing but I was a bit concerned I might not qualify.

‘I was worried the presence of a transgender person might cause offence but I wanted to support it. I went on my own and was made to feel very welcome as part of the sisterhood. It was very interesting and enjoyable.’

Helen Nicell, 51, from Watford, said her family had been ‘plagued’ by cancer so she wanted to support the project.

She found a lump in her own bréast on the day her mum died of bréast cancer and has also lost her husband and dad to the disease.

She had a mastectomy in 2010, but a further growth was detected in her spine last year.

She said: ‘Going to a topléss photoshoot with just one boob was quite out there.

‘Bréast cancer is something we are all very concerned about in our family. I discovered my own when I found my nipple had completely changed shape.

‘Self-checking is so important. I’ve had more treatment and am still living a normal life. The doctors hope I will have many years left.’ 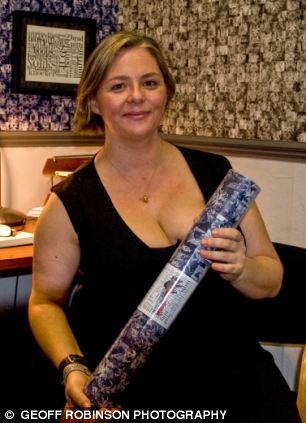 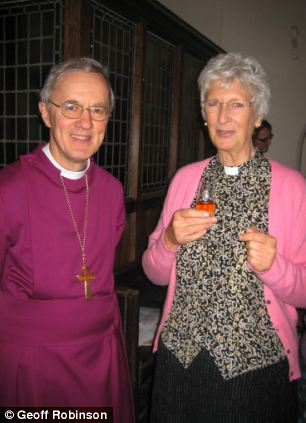 Reverend Wright (pictured, right, with the Rt Rev Anthony Priddis, Bishop of Hereford) took part in the project, which was organised by artist Sam Powley (left)