Reality TV star, Kim Kardashian has given birth to a baby girl. 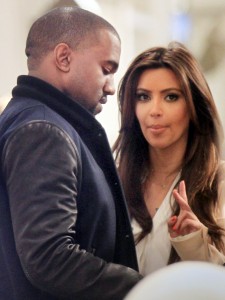 The report did not give a name for the newborn, but did say she came into the world at Cedars Sinai Medical Center in Los Angeles.

She’s the first child for the 32-year-old Kardashian, who has modeled, acted and launched business ventures but is best known as a reality TV star with a huge international following, having amassed some 18 million Twitter followers

The father is rapper Kanye West, who was by his girlfriend’s side during the delivery.

While the baby’s arrival was somewhat unexpected, coming a few weeks earlier than the July due date, her gender is not. Like many aspects of the Kardashian family’s existence, it was revealed on an episode of “Keeping Up with the Kardashians”.

“I’m so excited we’re having a girl. Who doesn’t want a girl? I think they are the best,” Kardashian said then. “I know that’s really what Kanye has always wanted. He wanted a little girl.”