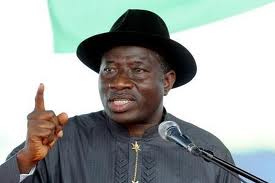 In spite of his consistent denial that he had no hand in the plot and intrigues that preceded the May 24 election of a new chairman of the Forum, discerning observers and indeed, the President’s body language had indicated he had more than a passing interest in the NGF.

This became even more glaring when on Thursday night at the PDP family dinner in Abuja Jonathan in his address recognised Jang as “the chairman of the NGF.”

On Friday, the Plateau State governor led 12 governors and two deputies to a meeting with the President, where a source revealed that the President formally recognised Jang as the winner of the controversial election and vowed to do all in his power to ensure a smooth tenure for Jang.

Taraba’s acting governor, Garba Umar, and Benue State deputy governor, Steven Lawani, were in attendance at the meeting which came less than 24 hours after the group inaugurated its secretariat in Maitama, Abuja.