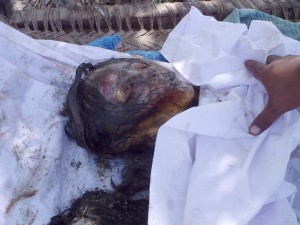 Despite the world’s condemnation of “honour killing” in Jordan and other Asian countries where the practice is common, belief that the so-called honour killings are justified is still common among Jordanian teenagers, a Cambridge University study revealed on Thursday.

The study by researchers from the university’s Institute of Criminology found that almost half of boys and one in five girls interviewed in the capital, Amman, believe that killing a daughter, sister or wife who has “dishonoured” or shamed the family is justified.

“Researchers surveyed over 850 students, and found that attitudes in support of honour killing are far more likely in adolescent boys with low education backgrounds,” a statement said, adding that the research is published in the criminology journal Aggressive Behaviour.

“Importantly, the study found that these disturbing attitudes were not connected to religious beliefs.”

Between 15 and 20 women die in so-called “honour” murders each year in the Arab kingdom, despite government efforts to curb such crimes. The main factors behind these crimes “include patriarchal and traditional world views, emphasis placed on female virtue and a more general belief that violence against others is morally justified,” according to the study.

And 41.5 per cent of teenagers with a large number of siblings endorsed at least two “honour-killing situations”, while this was only the case for 26.7 per cent of teens from smaller families.

“While stricter legislation has been introduced — despite conservative fears — cultural support for violence against women who are seen as breaking norms has remained widespread,” it added. Murder is punishable by death in Jordan, but in “honour killings” courts can commute or reduce sentences, particularly if the victim’s family asks for leniency.