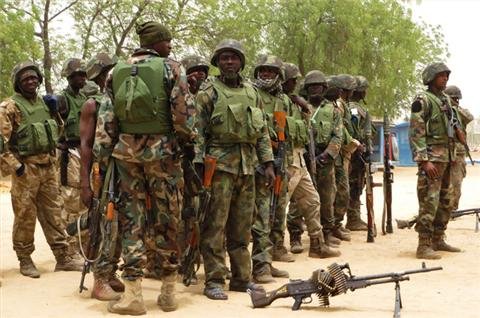 The Nigerian military said Wednesday it had arrested 49 Boko Haram Islamists across a northeastern state where insurgents are abandoning their camps and fleeing north towards Niger.

Yobe is one of three states placed under emergency rule during a three-week-old military offensive aimed at crushing Boko Haram, which has waged a deadly insurgency since 2009.

“A total of 49 suspected Boko Haram terrorists were apprehended in various locations in Yobe state,” a defence ministry statement said.

“All the camps of the terrorists in the area had been dislodged as some of the insurgents fled towards Niger,” it added.

Nigeria has claimed major successes in the offensive launched May 15, but the details have been impossible to verify with mobile phone networks cut across the northeast and access to conflict zones restricted.

The military has said some 200 insurgents have been arrested and dozens killed since the military offensive began following a declaration of a State of Emergency by President Goodluck Jonathan. (AFP)