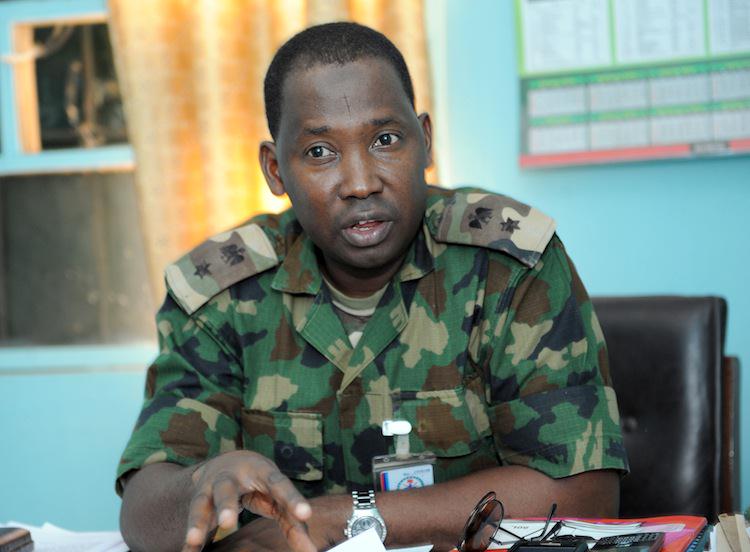 The harmonious partnership between members of Volunteer Vigilance Youths Group (VVYG) and men of the Joint Task Force (JTF) in Borno State has continued to yield fruits with the arrest of 31 persons suspected to belong to Boko Haram sect in various locations of Maiduguri at the weekend.

According to the VVYG Chairman, Abubakar Mallum, and his vice, Isa Musa, the suspects were caught at NEPA Market junction, Anguwar Doki, Shuwari II and Gambouru Market areas of Maiduguri metropolis.

VVYG also disclosed that the terrorists have already been handed over to the various JTF local sector commanders for further investigations.

The fleeing terrorists, who were suspected of being behind the attack on Ansarudeen Secondary School, as well as fishermen and traders at Alau Dam, killing 22 people, including nine students writing the National Examinations Council (NECO) on Baga Road, moved into these communities following the destruction of their training camps at Sambisa Games Reserves Forests (SGRF) and Kirenoa, a border community with Chad.

Speaking on the VVYG’s modus operandi yesterday in Maiduguri, Mallum said youth vigilance group “operates at strategic locations with ordinary sticks and cutlasses, without any rifle like the soldiers that patrol the major streets and roads of Maiduguri.”

According to him, “all vehicles are stopped at these strategic locations, and we search their interiors, boots and hoods, where some of the rifles are hidden to launch attacks in this city.”

In a breakdown of the arrests made at the weekend, Mallum disclosed that on Friday, four suspects were arrested in Shuwari ward, while the following day, five more were nabbed and handed over to the nearest local sector commander of JTF.

Last Wednesday, he said, 15 suspected armed Boko Haram members were also arrested at Gambouru Market with the help of the traders there, while the residents were cooperating to end the incessant attacks and killings in the state.

Meanwhile, the JTF Sunday also hailed the youths for joining in the manhunt of fleeing members of Boko Haram.

Spokesman for the JTF, Lt. Col. Sagir Musa, while commending the youths, said “the JTF commended these youths for assisting our soldiers and police arrest these terrorists suspects among people living in the metropolis.

“The youths have also renewed their efforts in supporting the JTF in the current operations.”