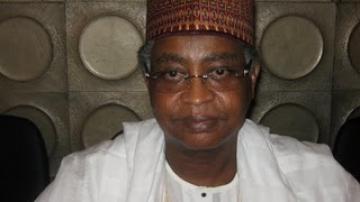 In what might not go down well with pro-June 12 agitators and supporters of late business mogul – Chief MKO Abiola, his rival in the critically acclaimed free and fair elections of 1993Alhaji Bashir Othman Tofa, has described the events of that date as, saying those still celebrating “the dead issue are riffraff who have nothing to with their time.”

Addressing reporters in Kano, yesterday, the former Presidential candidate of the defunct National Republican convention, NRC, who was apparently piqued by the qustion on why he hardly comments about June 12 considered by many as a pan-Nigerian mandate, said… “it is for those who don’t have anything to offer this country to move forward can still be talking about June 12 presidential election”.

The June 12 election, widely presumed to have been won by MKO Abiola on the platform of the defunct Social Democratic Party (SDP), was annuled to the dismay of many by former military president, General Ibrahim Babangida.

But Tofa, who still hasn’t gotten over his defeat in that election stressed, “I am not one of those people that celebrate fiction, that is the more reason why I don’t like to be talking again on June 12 presidential election,” he said.

Speaking further and without any sign of remorse over his comment on June 12, Tofa declared that “if you have learnt any lesson out of it good, if you have not, keep quiet, let this country make progress, but for one to still be talking about something that occurred 20 years ago is colossal waste of time”.

The former NRC stalwart who could not hide his anger during the interactive parley maintained that “we have more problems than to be talking about this nonsense, we want this country to survive and people were still talking about June 12”.

Tofa had earlier asked reporters not to mention June 12 as a prerequisite for the interview saying, “people who have nothing to offer this country or have nothing better to say, can go on talking about June 12, because they have nothing else to say to help this country move forward”.