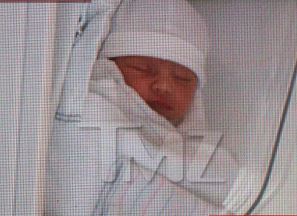 Kanye and Kim set a trap for their friends to see which one would sell a picture of their new baby. According toTMZ, they received a photo purportedly of North West but when they checked with Kim’s camp to see if it was the real baby pic, they discovered they had received one of several decoy photos distributed by the couple.

Someone has been trying to sell this baby pic for a lot of $$$$ — allegedly the spawn ofKim Kardashian and Kanye West.  But sources connected with the couple tell TMZ, it’s a fraud!

So here’s what we’re being told. Kim felt people in her world were going to hawk baby photos, so she wanted to catch the culprits quickly.  We’re told Kim hatched a plan and sent a half-dozen of her “friends” pictures of a baby she claimed was North West — but we’re told it was an impostor infant.

Sure enough … someone came along and tried selling us this pic (above).  Gotta say … it looks like it could be Kim and Kanye’s baby.  It has the right … well, you know … but Kim would obviously pick a pic of an impostor baby that had the qualities of her own child.

Our K & K sources have seen the pic and claim it’s not the real deal.

By the way … we also got hold of another pic of a baby Kim sent to several other friends — Bogus Baby #2.  We’re told she’s waiting to see if someone tries to sell this one as well. 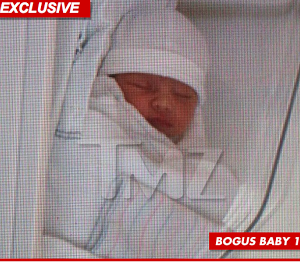 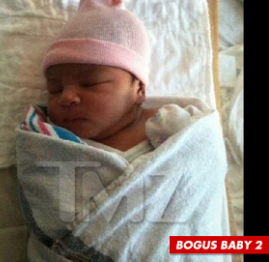