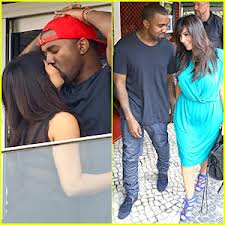 Kanye West celebrated his birthday on June 8 (he’s 36, y’all!) and some people sure are making a big deal about the fact that he and baby mama Kim Kardashian spent it on separate coasts. As if a couple has to spend every waking minute together?! Okay, so we already know Kanye isn’t around much. Bruce Jenner has made that clear. But he’s Kanye. He’s an artist, man.

Kanye’s art brought him to New York City, where he headlined the Governor’s Ball. He spent the big day with the likes of Jay-Z, Nas, and Beyonce. But no Kim. Because, you know, Kim is ready to pop any day now and shouldn’t be flying. Don’t be reading into this stuff, people!

Besides, judging by what Kim wrote on Twitter, it sounds like these two are doing fabulously. Because what goes on Twitter is the pure truth, y’all! Don’t tell me it ain’t so!

Kim sent him a special birthday gift in the form of a tweet and a collage of memories. Check it out:

OK, so it’s not a Lamborghini, but she already got him one of those. And, really, what more can she give him than his offspring?

Anyway, Kanye said the only birthday present he wants is peace of mind. And no one can give you that except yourself. 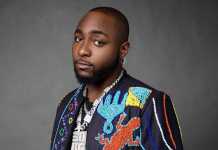 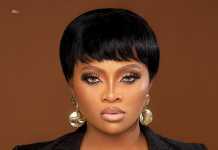