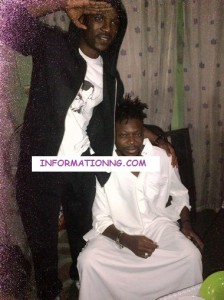 What most people don’t know is that producer OJB was the mastermind behind‘Gbadun You’, the first track on Iyanya’s first album after he emerged as the Project Fame winner in 2008.

Iyanya and Ubi treated OJB case as urgently as they could as the duo were just returning from the UK and went straight to see OJB!!!