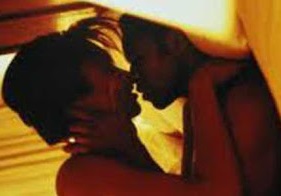 Detectives in Asaba, Delta State capital, have arrested a popular big girl in the city and hotel workers over the death of a business man inside the hotel room where he was lodged.

Police spokesman in the state, ASP Lucky Uyabaeme, said the 35-year-old man identified as Peter died under mysterious circumstances after having an “affair” with the lady in the hotel.

It was gathered that the victim, a Lagos-based businessman, was in Delta state for some business deals and later contacted a friend of his to “arrange” a sweet lady for him…

It was learnt that the friend assisted the deceased to check into the popular hotel (name withheld) with the big girl named Stella and after an interaction the businessman and Stella went into the hotel bar for hours before they entered into the hotel room while the contact man retired to the bar.

Sources said that after about 40 minutes, the lady rushed out shouting for help. Her screaming allegedly forced the hotel workers to rush to the room where they found Mr Peter lying lifeless.

While the workers were attempting to resuscitate the businessman, the secret lover, Stella, disappeared, but she was later caught and handed over to the police.

ASP Uyabaeme said the suspects were at present detained at the state’s Criminal Investigation Department (CID) for further investigation.