Following the controversies and condemnation that greeted the choice of Mrs Folashde Tinubu-Ojo as the new Iyaloja of Lagos, the Secretary-General of Lagos Markets, Deacon Lanre Ajayi, has stated that contrary to speculations, her emergence followed laid down procedures as contained in the association’s constitution.

Reacting to the media hues and cries that trailed Mrs Tinubu-Ojo’s installation as the new Iyaloja, especially, since she is the daughter of former Lagos state governor, Asiwaju Bola Ahmed Tinubu and granddaughter of the former occupier of the position, late Alhaja Abibat Mogaji, Deacon Ajayi on Friday said she was qualified to merit the position. 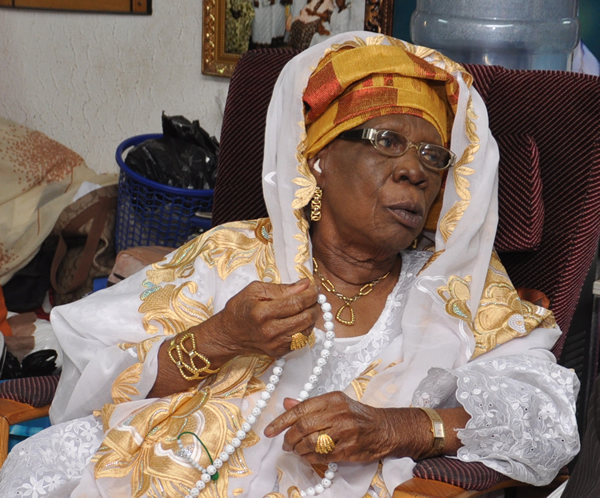 According to him, many people didn’t know that she fulfilled “to a large extent” what is stated in the constitution guiding markets operations and how a new Iyaloja should be elected in Lagos State.

“Our constitution states that a would-be Iyaloja must be a high ranking-officer in the leadership echelon of all markets in Lagos State. The new Iyaloja, Mrs Folashade Tinubu-Ojo, was until her appointment, the Chairman of the Marketing Development Board in Lagos State. By this position alone, she has met the basic requirements of the office,” he said.

Deacon Ajayi further revealed that aside her position as the Chairman of the Marketing Development Board, Mrs Tinubu-Ojo also won the support of over two-thirds of the markets’ high-ranking officers who were “constitutionally empowered to select who the next Iyaloja would be.”

“I know that it is not everybody that will be happy about the development, as no one really knows what was running through some people’s minds the day she was announced as the new Iyaloja, even though there was jubilation on that day; but you can’t deny the fact that she fulfilled certain critical conditions,” he remarked.

On whether the new Iyaloja was imposed by Tinubu, who is considered the strongman of South-West politics, Deacon Ajayi responded, “I know the manner she was announced was bound to raise eyebrows in some quarters, but I believe she was not imposed.”