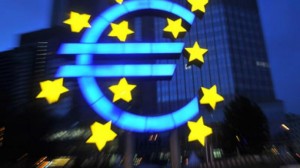 After proving its worthiness, Latvia has won a resounding vote of approval from the EU executive to join the 17-nation eurozone as early as January after bringing its economy out of a dire recession in 2008-2009.

The European Commission said in a report commending Riga’s economic management that “Latvia is ready to adopt the euro in 2014.”

Wednesday’s report is to be handed to the European Parliament for approval with finance ministers from the nations sharing the single currency to formally hand down a decision July 9 on Latvia becoming the 18th member of the euro area.

“Latvia is a small, open economy,” he added. “We think euro membership will increase investment activity. We need only to look at the Estonian example where investment in the non-financial sector doubled.”

The most recent opinion poll, a May survey from TNS, said only 36 percent of Latvians favoured switching from the lats to the euro, with 62 percent against, though this was far less than a few months ago.

The Brussels report said Riga satisfied the economic conditions to join, in terms of price stability and sound public finances, and that its national legislation was compatible with the rules of Economic and Monetary Union (EMU).

Saying Latvia was forecast to be the fastest-growing EU economy this year, Rehn said its willingness to switch from the lats to the euro “is a sign of confidence in our common currency and further evidence that those who predicted the disintegration of the euro area were wrong.”