Majek Fashek: “What I’m suffering from is spiritual attack” 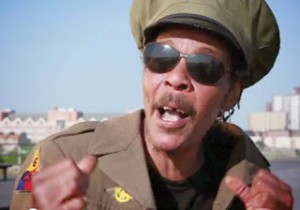 Majekodunmi Fasheke,  known more as Majek Fashek, is a well- known Nigerian reggae musician, whose popularity reached the zenith in the late 80s with his popular song, “Send down the Rain.” For many years, he was not only a darling of reggae music lovers, but also those who like good music. He later went to the United States of America, from where different stories trailed his life. He spoke on many issues in this interview with AJIBADE. Excerpts:

(Cuts in) do you mean destructive competition?
Yes, even among big musicians in those days. I was very, very impressed when I came back from America and I met my young brothers, who are into constructive competition, which never happened during our time then, no killing, no babalawo.
We came through the time of Fela, Sunny Ade, Obey, Sir Shina Peters, Barrister, Kolington, Orlando Owoh, Charley Boy, at that time, it was destructive competition and jealousy. They were very destructive and jealous. So, when I came back from America, I was very happy to see that the young guys are doing very well. And that is why Hajia has decided to invest in me and some young musicians. That is why I decided to strike a deal with Hajia because she is been trying to help musicians. The contract I signed with Aprel Management is called underground system.

Let’s talk about friends; before Hajia came into the picture, people said your friends abandoned you. How true is that?
I came to save Nigeria.

(Cuts in) I mean how do you feel about being dumped by friends, I am not asking you why you came to Nigeria…
Hold on, forget about friends. I came to Nigeria, I am revisionary, and why do you think I am sitting down here? People are coming to enslave Nigeria again, and I am here to save Nigeria and you are here talking about friends. God sent me to come and save Nigeria, they want to come and overthrow Nigeria again through subsidy. If that subsidy succeeded. Nigerian would have died.

Your music, Send Down the Rain, was a hit then even up till now. What gave you the inspiration for that track?
It was God. God did everything.  See, let me talk about Nigeria. People are suffering, people are dying and yet government is not doing anything about it. Government is expected to be paying our electricity bill, people pay their bills, yet they are not enjoying it. I want  to become the president of Nigeria but I need $100 million to make that dream come true.

Is presidency for sale?
No, it’s not for sale, but I want to be a revisionary president

But I am sure if you have $100 million, you would not bother to run for presidency again?
No, I am very serious o; I want to be the president of Nigeria. We are leaving in hell in Nigeria. One doesn’t need to die before going to hell. We are already in hell in Nigeria.

You have many albums to your name. Which one will you say is your best? Many people believe Prisoner of Conscience is your best; at least he won you many local and international awards. Will you agree with that?
If people say it’s the best, then it’s the best. Apart from fetching me many awards, that album was from God, because you can never stop the rain, neither can you stop God’s creation, the wind must blow, and life must go on.

Who are your 10 greatest musicians, dead or alive?
I don’t know. I don’t know of any.

What is the difference between music then and now?
The music now is rock, as in, we are now into the music of computer, it’s an exciting thing for the youth. For me, I don’t like computer, it is too possessive, and computer is for young people. We are now into computer music.

What message do you have for people; especially those who say you are sick?
Me? I don’t have any message for anybody, the message I have for the Nigerian press is that they are going to hell.

Why? Hell? And do you know you are also including me?
Not you, but for those who always write and give false information about me and for blaspheming the prophet. Me and Jesus Christ, we are one, me I no dey follow Jesus Christ like Christian o, I am following Jesus Christ in a different way and in different form.
So, the Nigerian press that is running against the truth will go to hell, it’s not you I am referring to. Okay, who gave me rain maker? It was the Nigerian press that was good press like you. May God help you in your press profession.
It was good people like you then that gave me rain maker in the late 80s and I am sure you must be in secondary school then, abi I lie? They don’t take bribe, it is you that will use your sense to give them envelope, they don’t demand anything from you, and it is you that will give them, not them demanding for it.
But the press we have now will always demand for bribe. So, Nigerian press, no don’t let me use Nigerian press, let me say African press, is fed up because of bribery and corruption.

But would you agree with me that you are sick?
Yes, I was sick, anybody can be sick. What I have is spiritual problem which I am dealing with. Even in the Bible, it was stated that we are not fighting against flesh and blood, but wickedness in high places. I am a freedom fighter, I can never be shot like Lucky Dube, I am invincible, you can’t shoot me. I am Anikulapo.