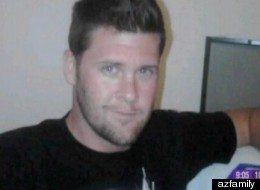 Authorities in northern Arizona say a 4-year-old boy has accidentally shot and killed his father at a Prescott Valley home.

The 35-year-old man and his young son were visiting from Phoenix and were at a friend’s house.

Police say the boy somehow found a gun in the home’s living room and accidentally fired it and a bullet hit his father, who was rushed to a hospital where he died. Police identified the man as Justin Stanfield Thomas.

Police say the boy is with his mother. No other details have been released.