A 25-year-old Tampa man was arrested on Friday after he killed his family’s pit bull mutt puppy, sliced it up and boiled some of its parts, according to a statement from the Tampa Police Department.

Thomas Elliot Huggins reportedly had the 6-month-old dog’s ribs in a pot on the stove when the cops arrived on Thursday night. The man had strangled the dog with his bare hands and then cut it into pieces with a steak knife, WFLA reported.

The puppy’s head was in the garbage, and other sections were stored in the freezer for future meals, the release said. 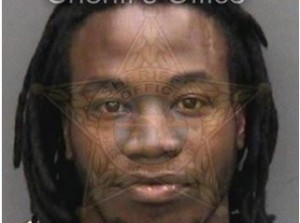 Officers said Huggins froze some of the dog’s parts with the intention of cooking them in the future.

According to WFLA, Huggins told police he had done similar things with squirrels and rabbits, and didn’t think it was wrong.

Huggins was arrested on animal cruelty charges and booked at Hillsborough County jail. His bond was raised from $2,000 to $10,000, according to police records.